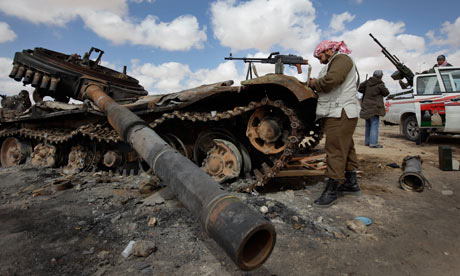 Libya conflict: EU member states have signed a document that rehearses various scenarios for the mission in and around the country. Photograph: Ben Curtis/AP

The EU has drawn up a “concept of operations” for the deployment of military forces in Libya, but needs UN approval for what would be the riskiest and most controversial mission undertaken by Brussels.

The armed forces, numbering no more than 1,000, would be deployed to secure the delivery of aid supplies, would not be engaged in a combat role but would be authorised to fight if they or their humanitarian wards were threatened. “It would be to secure sea and land corridors inside the country,” said an EU official.